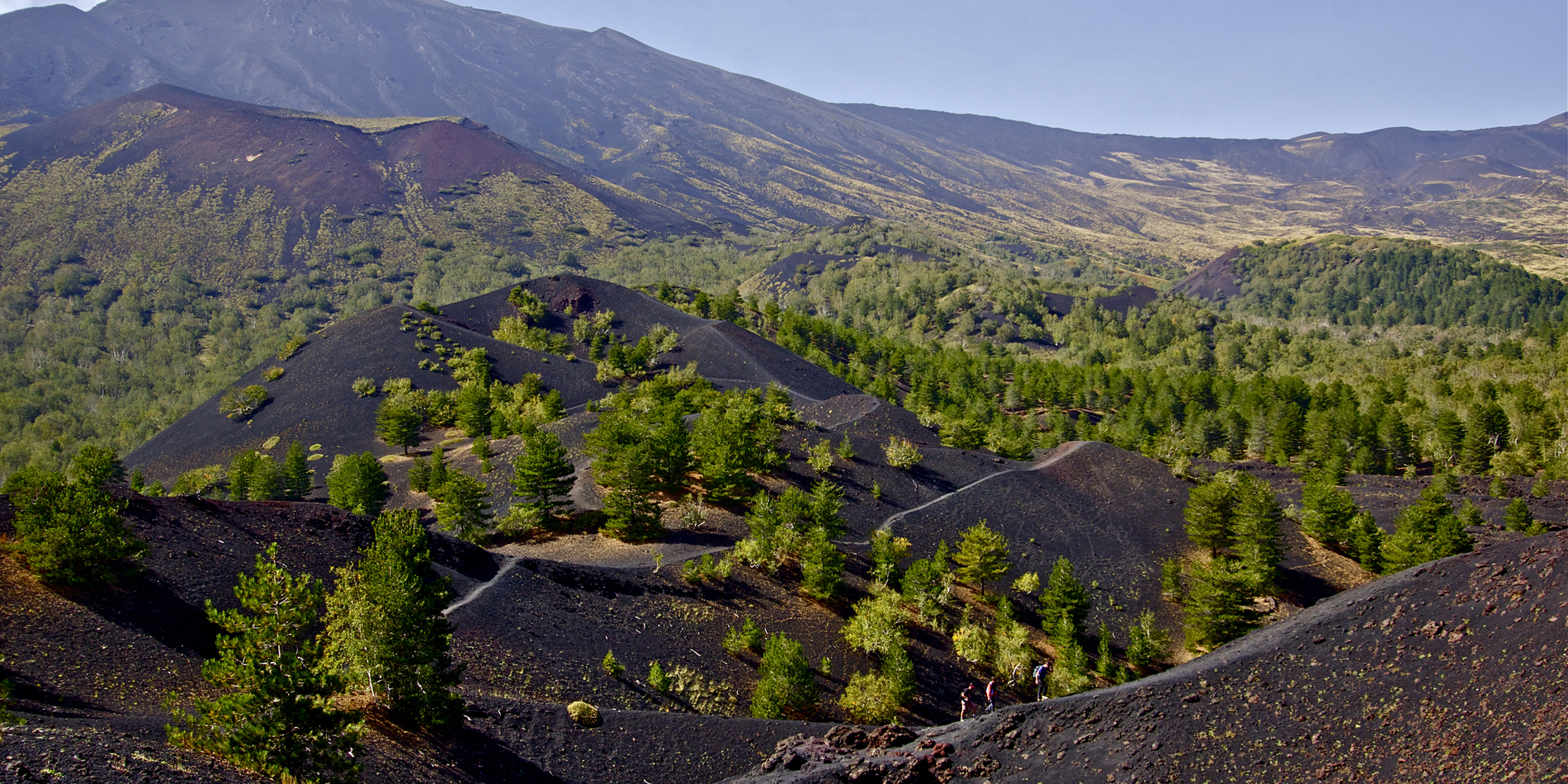 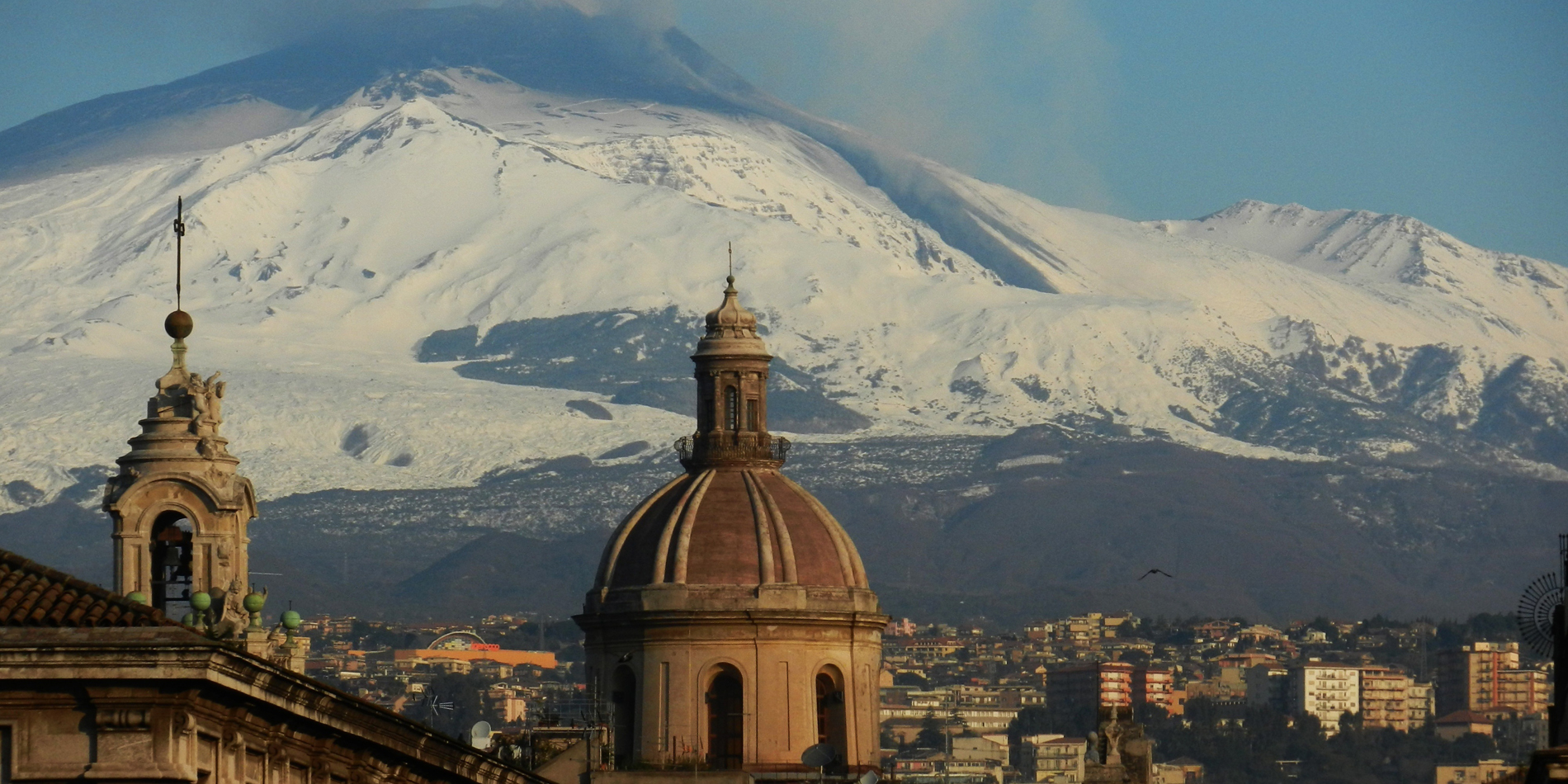 Catania, Etna from the city 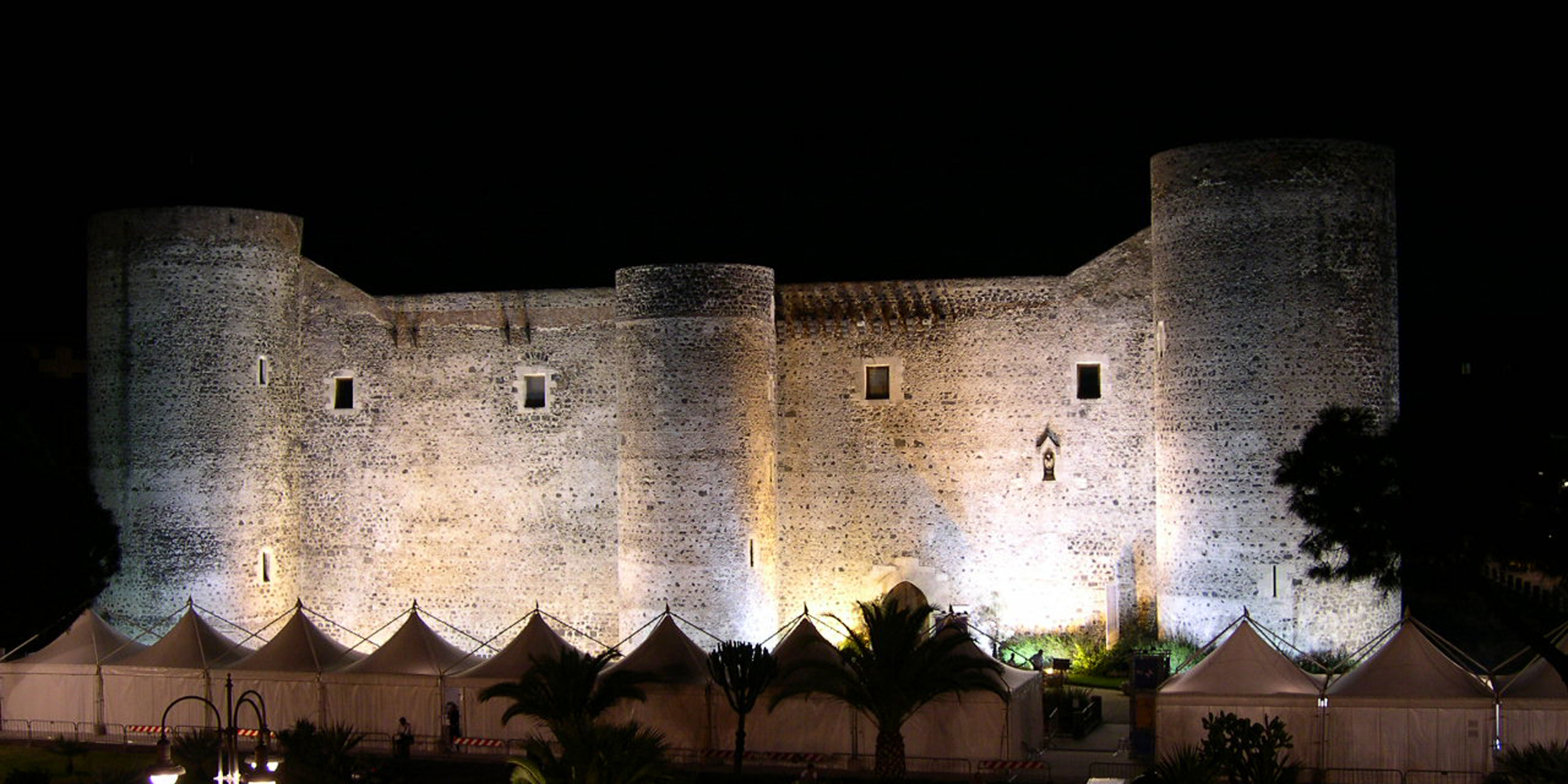 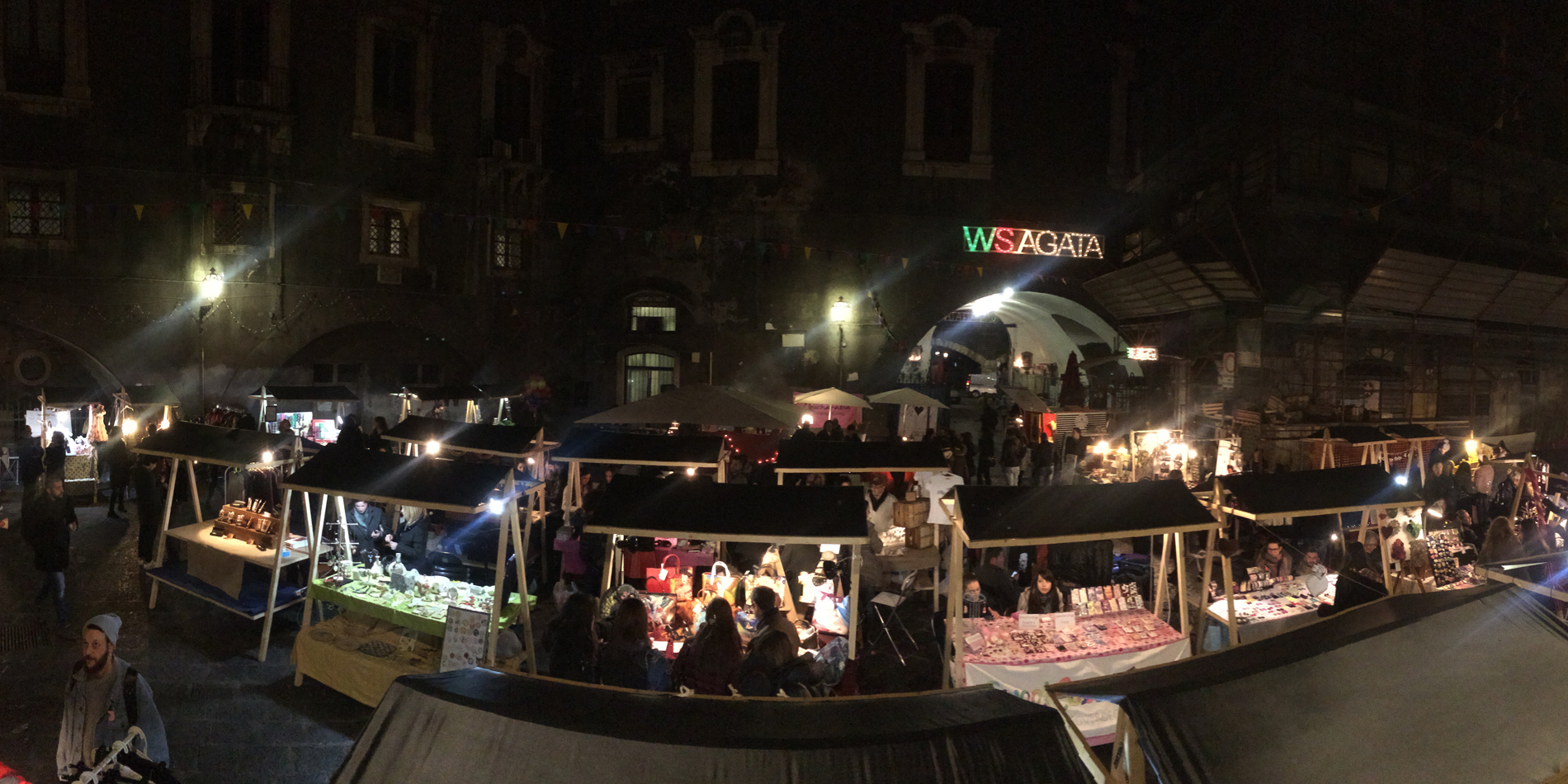 Catania is a multisensory city, the meaning that it is able to exalt all the senses with its peculiarities.It is a city that has two historical souls: the first one ancient underlying in the basement under a blanket of lava can be visited with a tour exciting, and a visible, Baroque, planned on XVIII century after the earthquake and volcanic eruption that’s have razed in the late ‘600. Myths and legends are numerous in these parts. Homer, in the Odyssey tells about the presence of the Cyclops, one-eyed beings, which probably refer to the imposing presence of the volcano that throws Ulysses hot stones out of his mouth . Getting to Catania is a powerful experience. It soon becomes clear that it is a city full of contradictions where the inhabitants appear immediately sociable and extravagant. The first contradiction is expressed by the two colours that characterize the city: the dark volcanic stone, predominant, and the white of the limestone areas close by which are made all the baroque decorations. The objective architectural beauty of the city, unfortunately, is not accompanied by the typical cleaning of any city of art, although here there is so much art, often not considered by the city of Catania . If the colours amaze the view, the flavours amaze the palate, the taste. Here cuisine is an important and serious thing. Food is a mission of life and not just a necessity and being comfortable at the table is crucial. Just take a walk in the street market every morning animate two zones in the city to realize the festival of the fruits of this land and to understand how the invasions ( Arabic, Swabian, Norman, Spanish, France ) have affected the overall costumes of its citizens. The perfume of orange blossoms, the flower of the orange, explodes for the pleasure of smell, along with jasmine, typical of the Mediterranean. Catania is a bustling city, where on the one hand the city traffic and on the other an exuberant way of speaking of Catania, make it unique and typically southern cities, Arab. To market the merchandise you sell, screaming! But the thing for which Catania is recognized as the most interesting city in southern Italy is for its nightlife and for its cultural dynamism and fun. The old town lives day and night in all its extension. Administrative Centre of extended day and concentration of restaurants, pubs, bars with live music, the night for the pleasure of its residents and university students. Catania has an important university, connected with many international universities whose students spend long periods in the city, making it truly international. just stand in the street to hear different languages and be the centre of the world. Babel is part of this also the ” Sicilian language ” that the Catania likes to talk together with Italian . Catania is a city of sea and mountains. Perhaps best known is the first aspect, but few know that there are the Etna slopes, shelters, and trails that make it a very challenging and interesting stay even during the winter season.

While staying in Catania you can visit all the most important cities, and the historic sites or go to the beaches very easily, by car or by bus.
The zone of Sicily that goes from Taormina to Messina and Catania, arranged in a ring around the volcano Etna, is part of a no institutional “district” but in fact, constituted and which conveys the best productions of the territory.
58 municipalities are part of it, each with its own history and tradition, and includes parks, lakes, nature reserves, museums, churches, castles and fortifications. The colourful landscape is she invariant characteristic of this part of Sicily where the mountains meet the sea and which has among the highest concentrations of southern tourists.

We also work closely with professional guides and we organise peculiar food experiences. if you are interested in booking an excursion or an Etna tour please visit Vincenzo’s website www.sicilybynature.com. He offers an amazing selection of tours and excursions.

Are you ready to book your stay in Catania? please check the availability of our accommodation…