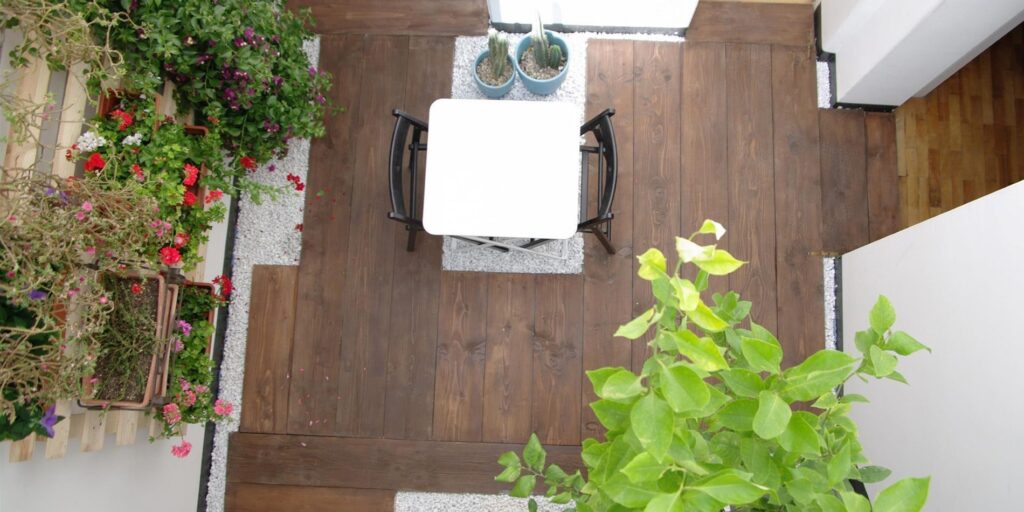 a winter garden with home cinema ... 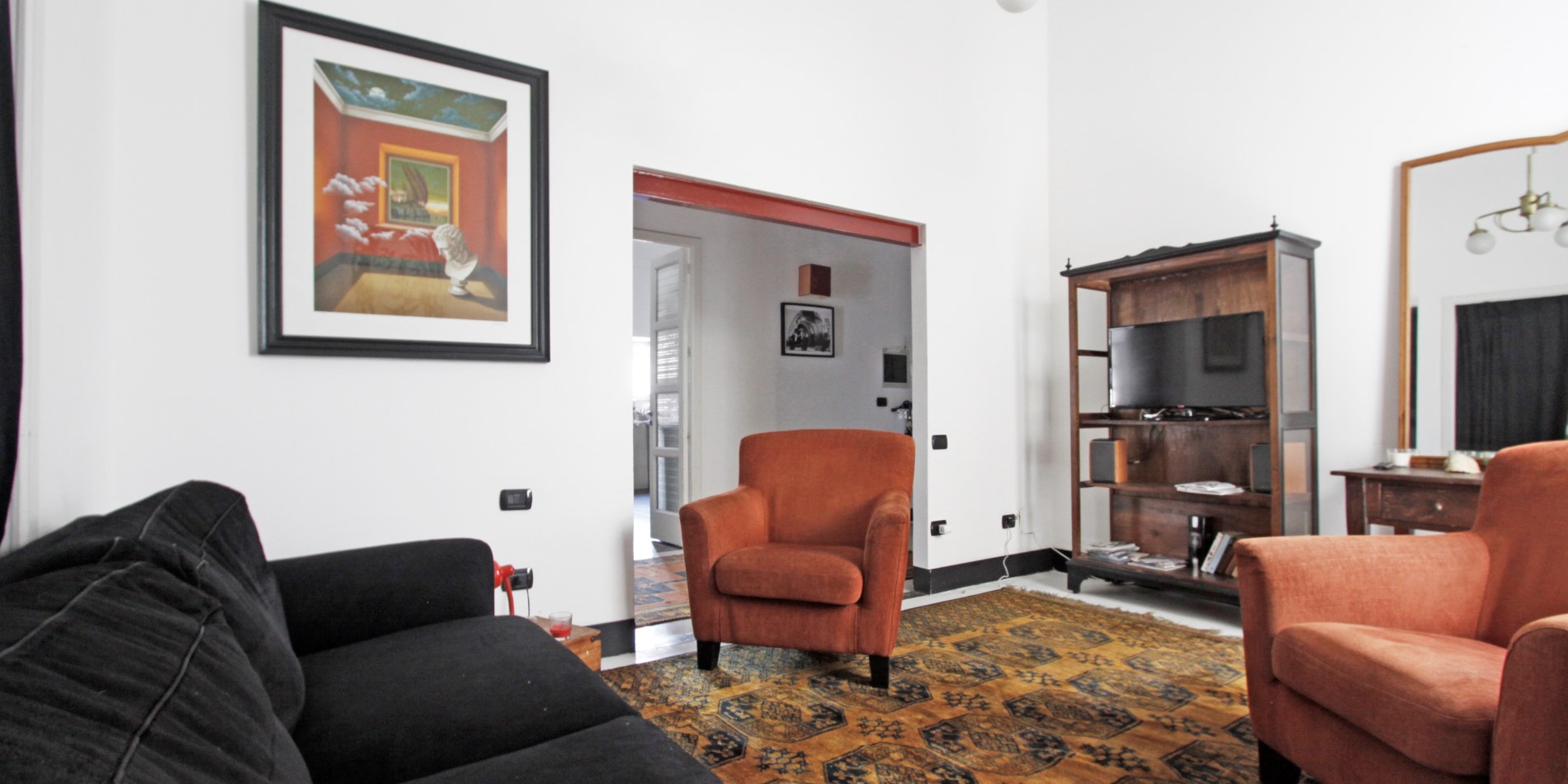 a mix of vintage and modern design ... 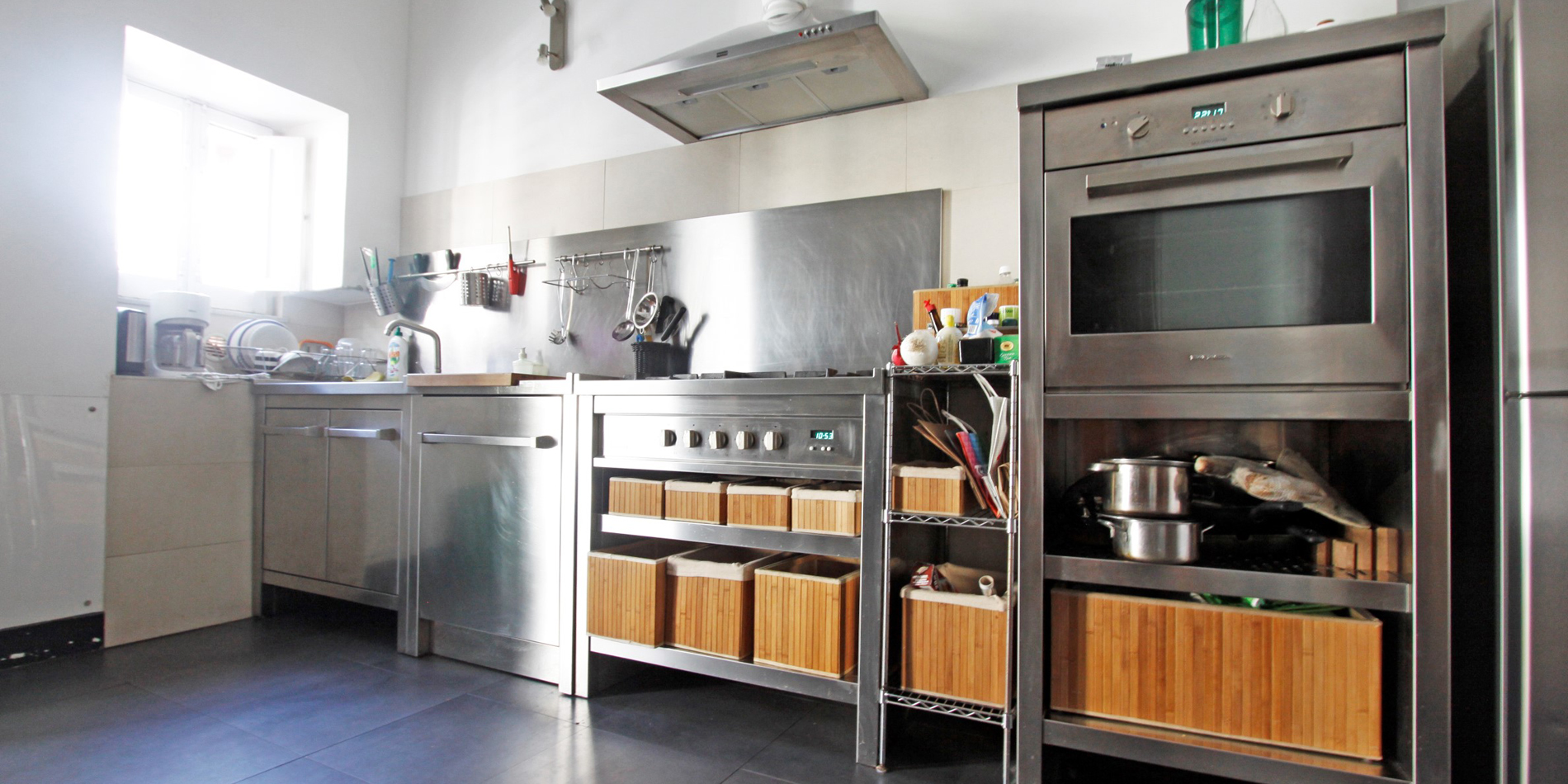 The property, tastefully decorated by the manager himself (who is an architect by profession), is located directly opposite the Norman castle built in the city by Frederick II of Swabia. Beyond the castle, there was the sea with a path to the beach wanted by Constance of Aragon. The lava flow (at the end of 17th century) covered part of the sea giving back land to the city which in fact has expanded in that direction. The new city rebuilt in the early 18th century is at a higher altitude than the original Roman (of which there are still visible traces).

The building where the apartment is located was built in the late ‘800 and early’ 900 and inside there are even elements typical of that era such as the frescoes in some ceilings and concrete tiles decorated typical of art nouveau (art nouveau). The renovation has given new light to the spaces by creating connections and a central winter garden, filled with plants, which gives light and warmth to the entire apartment.

Very impressive is the cinema room created within the “conservatory” on a mezzanine with original chairs cinemas from the 60s, projector and surround system recreating a bit of an “arena effect” or open-air cinema. The bedrooms are tastefully decorated in the mixed style of the traditional and the modern, with wide use of well-made carpets and designer accessories. Very well taken care of lighting and colour effects. The two bathrooms offer both bathtub and the shower are equipped with everything necessary. Inside the house, there are sheets, duvets, duvet covers, bedspreads, pillows, pillowcases, and towels of various sizes, for all occupants.

There is also a laundry with a washing machine, drying rack, iron with ironing board, detergents and cleaning materials, in addition to a toilet. The kitchen is the distinguishing feature of this apartment and combines the tradition expressed by some elements like the floor, decorated ceiling, the chandelier and the pantry at the end of 1800 (a handout was taken from a pharmacy of the time), and the modern It represented by an industrial kitchen brushed steel by high quality.
the house is full of balconies and two of the bedrooms have stunning views over the medieval castle.

The location is perfect being at the centre of the city, a short walk from the square and the main street, a few meters from the fish market and food (the best known and provided the city), near the bus station to visit the nearby cities, not far from the metro station, one km from the sea (accessible by bus), 10 minutes from the airport by car or taxi.
Do not hesitate to contact us for further information or details. We look forward to all the necessary information.

Project and interior design by Bureau69

Catania’s historical centre is UNESCO Heritage site. His baroque style is representative all over the world. The area of the Castello Ursino, where the apartment is located, is the heart of the city. The old folk tradition, proximity to the historical market of the fish, the Baroque context, make it fascinating. The location is central and from here you can visit all the main tourist and historical sites of the city: greek ancient theater , Romans amphitheater, Roman baths, the underground city, opera house, museum, diocesan museum.
A few minutes by car or bus you can reach the sandy beaches (south side) and those of black volcanic stone (north side).
A few steps away is the bus linking the city of Catania and Taormina, Siracusa, Noto, Ragusa, Palermo etc …
The neighborhood is alive day and night a perfect area where to spend holiday in Catania. The apartment is located just in front the “Ursino” Castle a short walk from the Duomo (5 minutes), the main street and a few meters from the historic fish market (3 minutes). In 5 minutes walking you can reach the bus station where its possible to take buses to Etna, Syracuse, Taormina, Noto, Piazza Armerina.
All the area around the castle and fish market is rich in bars and restaurants of typical Sicilian cuisine where you can have a gastronomic tour at reasonable prices.

Other things to note

*Children considered up to 2 years old

Booking price all inclusive, except:

Damage deposit (to pay on-site on arrival): €200.  Payment methods: PayPal, cash. This amount will be refunded at check out.

City Tax €2 per guest/night (from 16 years old) for the first 4 nights. Free Parking is allowed on the street.

Air conditioning is included. Heating is included from December to February. On request an extra charge of 10€ per day. The heating included in the price is provided 4 hours daily (5 pm/ 7 pm and 9pm/11pm). Ask for any change or more info.

The rental is supplied in accordance with Law 431/98.

Free parking on the street

Check in from 2pm

Check out up to 10am

One comment on “F12 | Three bedrooms flat with sicilian features”